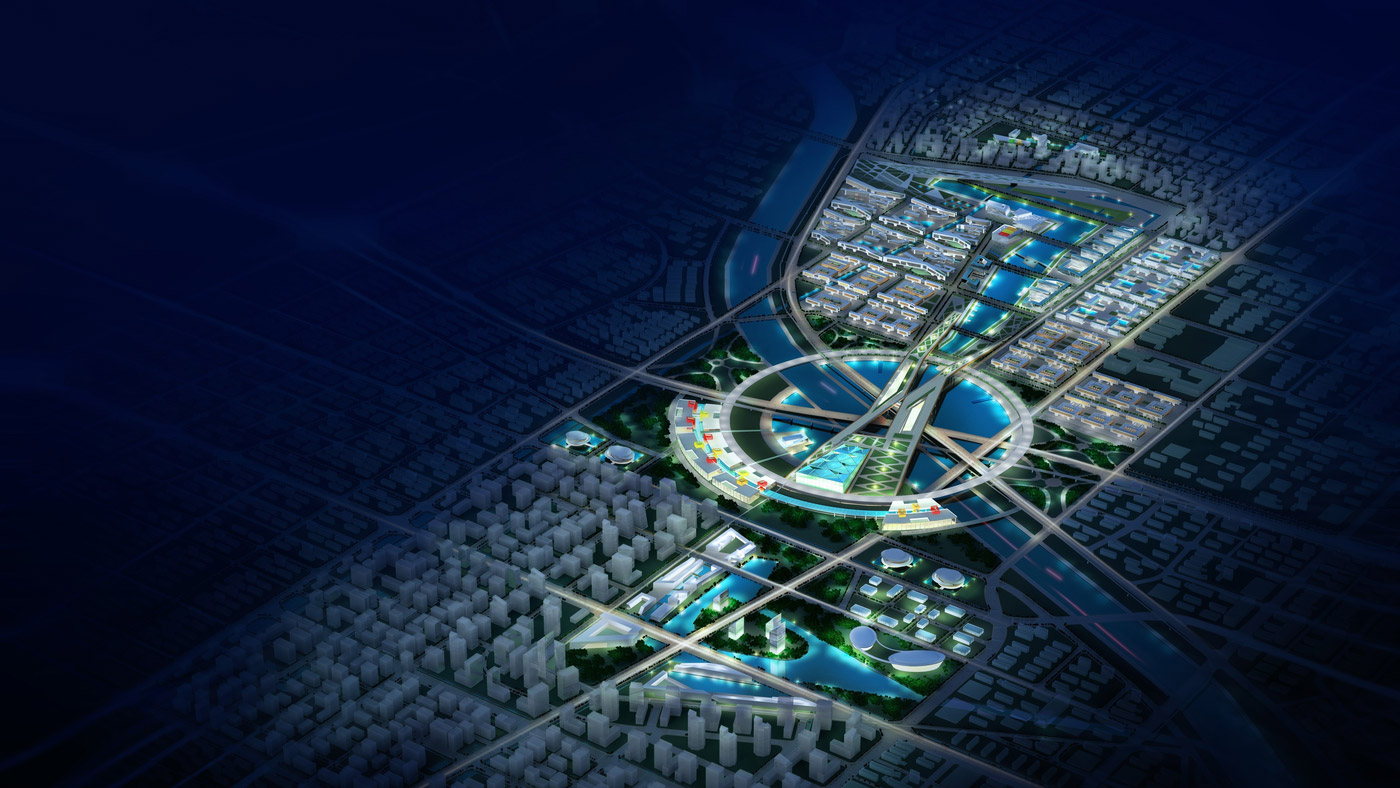 Cordogan Clark was the sole US firm, invited to compete in the international competition for the new Masterplan for Zhengzhou, China. Using traditional Chinese metaphors as inspiration, our urban plan is designed for functional efficiency and sustainability. Lengthening urban blocks along the east / west axis allows longer north / south building elevations, improving natural daylight and mechanical efficiency. Greenscape is woven throughout the site design, for optimal building spacing, natural ventilation, and views, while creating a "city in a park." Extensive parkways and waterways encourage pedestrian, bicycle, and water-taxi activity. Improved transportation, green buildings, sustainable building technologies, water conservation and reuse, natural irrigation, and smart grid infrastructure are just a few of the features that make this design sustainable.

The challenges presented by new urban development in China are immense. China's urban population now exceeds rural population. It is expected the percentage of urban dwellers in China will continue to increase, with population growth being greatest in medium sized cities. Cities are responsible for more than two thirds of the energy used, 60 percent of all water consumed, and 70 percent of all greenhouse gases produced worldwide. Because of this, cities are looking at ways to improve their infrastructures to become more environmentally friendly, to increase the quality of life for their residents, and to cut costs at the same time: In short, "better city, better life."

This design for this new 15 square kilometer urban core considers adjacent urban areas that have already been developed. It integrates them into a strong, cohesive whole. It creates a powerful visual urban identity that will be immediately recognizable. In addition to celebrating urban life, this plan celebrates the Yellow River that bisects the site.